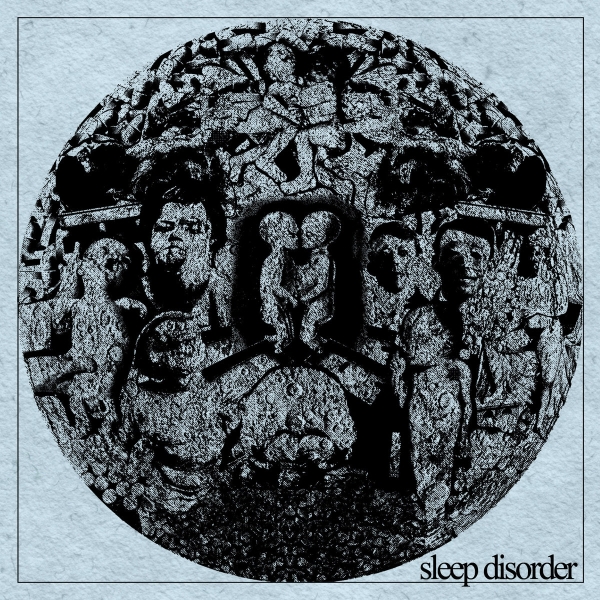 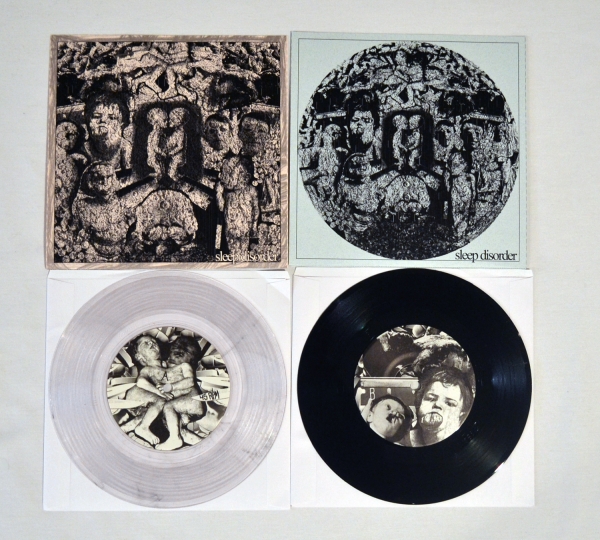 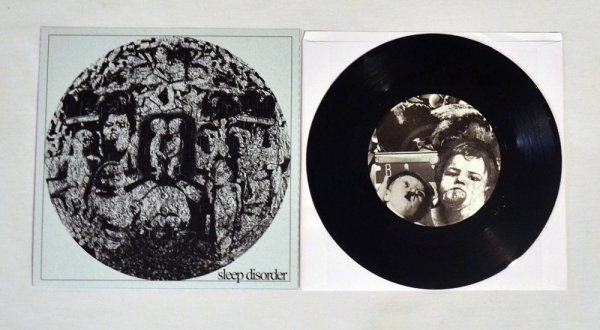 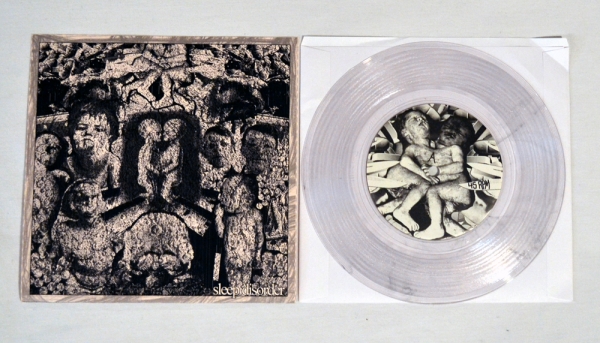 Debut EP from Baltimore area powerviolence miscreants SLEEP DISORDER.  An absolutely pummeling collection of six songs that will sear their sound into your very soul!  SLEEP DISORDER is comprised of non-conformist musicians from the Baltimore area, including Tyler and Billy of NOISEM, and Brad from LOTUS FUCKER.

SLEEP DISORDER are built upon utter depravity, punishing noise, and chaotic tone.  The sound erupting from the Baltimore area four-piece is never predictable, and about as off-kilter as it gets.  The result is extreme noise blasts of anger, staggering guitar rumbles, and earsplitting vocals.  After all of that, SLEEP DISORDER hits with drudging, bottom end rhythm that is so damn cerebral, it will numb your brain.

A total of 300 pressed, with 100 on clear vinyl and 200 on black vinyl.  Screen-printed covers by Billy Carnes w/ different covers based on vinyl color.  Self-produced at Subsidence Studios and Recordings.