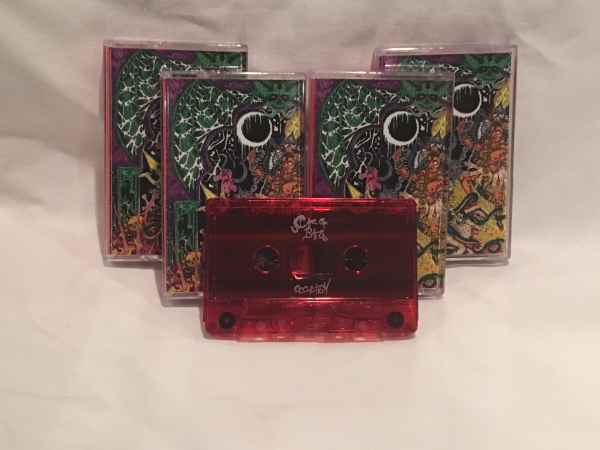 Philly's CAPE OF BATS have always rejected the tame 'black metal punk' label since 2009, with an onslaught of self-released demos, splits and EPs, barring an appropriate 7" debut EP on Holy Terror Records. Violent Occultism is the zealous result of six years dabbling in black metal, hardcore punk and deathrock, culminating in our quixotic sound of 'vladcore d-bat'.

Cassette edition comes by way of the great Broken Limbs Recordings, and is limited to 100 copies.